Six Chinese singles players or pairs have reached the finals of the German Open Grand Prix Gold 2013. With the home team represented only by Juliane Schenck, all the hopes of the fans are sure to rest on her shoulders. In today’s (March 3) final of the women’s singles Schenck will face China’s No. 2 Wang Yi Han. 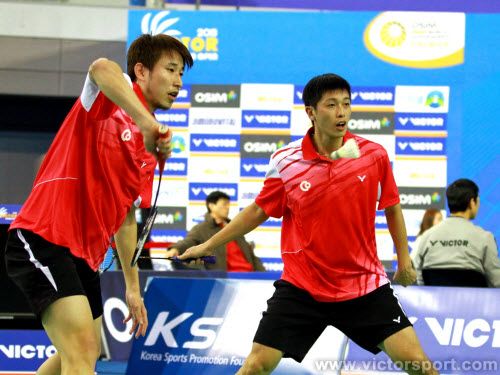 The Chinese Taipei men’s doubles pair Lee Sheng Mu/Tsai Chia Hsin gritted their teeth but were still unable to overcome their tough opposition, China’s Liu Xiao Long/ Qiu Zi Han, going down 19-21 in both games in a close fought match. The final will see Liu/Qiu pitted against their teammates Chai Biao/Hong Wei. No matter what China is sure to take the title and runner-up spot. 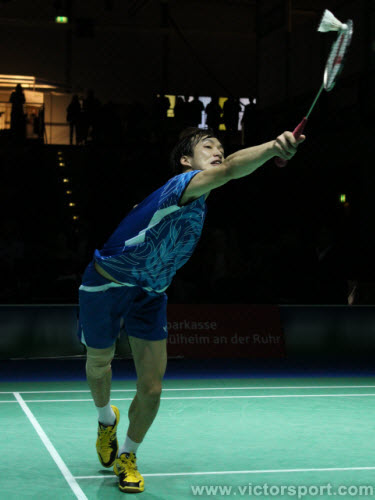 Shin Baek Choel
In the mixed doubles, South Korea’s Shin Baek Choel/Janh Yi Na knocked out the second seeds Poland’s Mateusiak/Zieba 21-15, 18-21, 21-18 and will now play Denmark’s  Kristiansen/Houmann in the final. They South Korean pair are in good form at present and the only way their opposition can win is by upsetting their rhythm.
In the women’s doubles Jung Kyung Eun/Kim Ha Na’s performances have showed that they have trained hard over the past six months. Yesterday, the pair beat Japan’s Matsumoto/Takahashi 22-20, 21-1 and will play China’s Ma Jin/ Tang Jin Hua in the final.
he German Open 2013 has reached the final stage. For the latest tournament news keep a close eye on the official VICTOR website www.victorsport.com