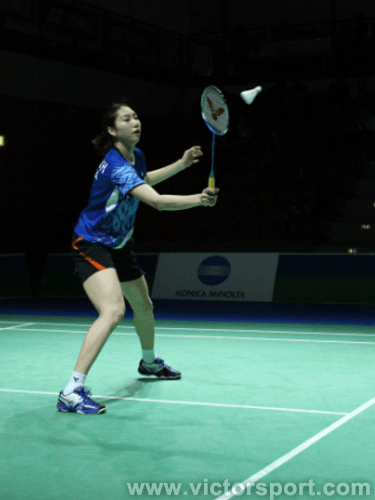 South Korea’s women’s singles player Sung Ji Hyun steamrollered Indonesia’s APRILLA in straight games and has not lost a single game in three matches, showing she is in supreme form as she heads into the semi-finals where she will play China’s Wang Yi Han. South Korea’s Shin Baek Choel has concentrated on mixed doubles since his partner Yoo Yeon Seong went to do military service;he and his partner Jang Ye Na came back to overcome Indonesian opposition in the quarter finals;they will play a Polish pair in the semi-finals and have a good chance of progressing to the final. 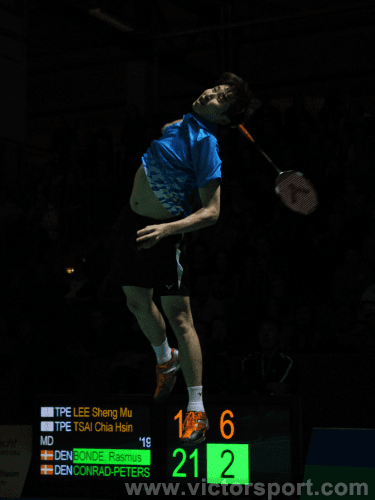 Chinese Taipei’s Lee Sheng Mu/Tsai Chia Hsin continued to slice their way through the opposition. Against Denmark’s RASMUS/MADS in their quarter-final match they first went one game down but came back to take two games in a row and win the match 17-21,21-8,21-15. In the semi-finals they will play China’s Liu Xiao Long/Qiu Zi Han, who caused an upset by claiming the scalps of South Korea’s fancied Lee Yong Dae and Ko Sung Hyun. If they play to their normal level they have a good chance of victory.
The German Open 2013 has reached the semi-final stage. Want to find out if Lee Sheng Mu/Tsai Chia Hsin can see off tough opponents from China? Will Sung Ji Hyun or Wang Yi Han will go through to the final? For the latest tournament news keep a close eye on the official VICTOR website www.victorsport.com
( Edit by VICTOR Badminton )