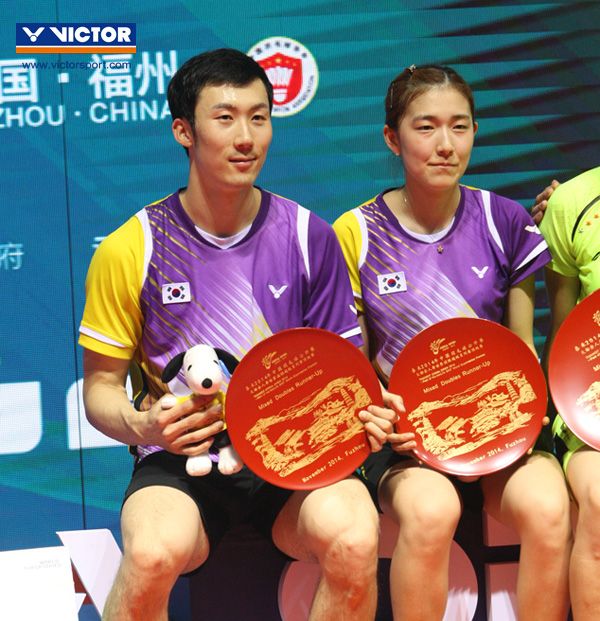 Yoo Yeon Seong (left) and Eom Hye Won, China Open mixed doubles runners-up.
Yoo Yeon Seong will be competing in men’s and mixed doubles this week in Kowloon. Last week, he made it to both finals at the China Open, winning with Lee Yong Dae and fell just short in mixed with Eom Hye Won, with whom he had battled all the way from the qualifying stage. Should he advance to the mixed doubles main draw again on Tuesday, Yoo would have to play his 14th match in 8 days. Maintaining at a high fitness level will be a top issue for the Korean national team captain. 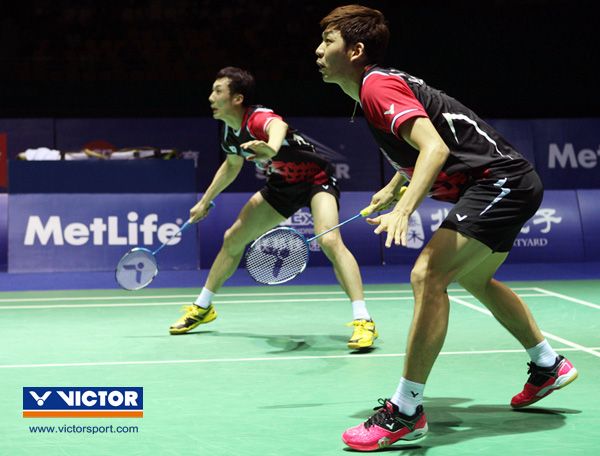 Yoo Yeon Seong (left) and Lee Yong Dae are fresh off a victory last week at the China Open.

The line-up for the year-end BWF Superseries Finals will be set after this week’s Hong Kong Open. Only the top 8 players or teams in each discipline will be able to join the final field. Taiwanese pair Lee Sheng Mu/Tsai Chia Hsin currently leads the Superseries standings and if they keep up the great performance this week, they could be the first ever player or team from Chinese Taipei to ever be qualified as the top ranked for the grand finale. It will also mark the team’s first entrance to the prestigious event. 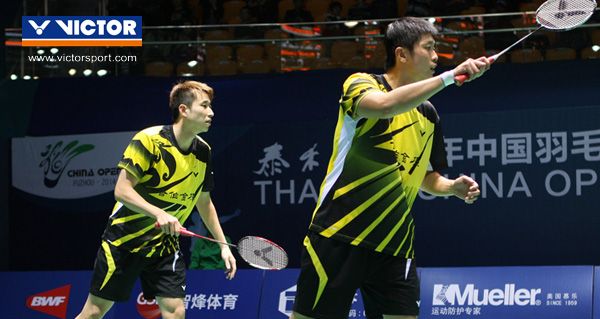 Lee Sheng Mu (left) and Tsai Chia Hsin have got the Finals tickets in hand, will make their first appearance as a team.

One of the hottest player in the European fall season, French Open champion Chou Tien Chen, who is seeded for the very first time in a Superseries tournament as the No.7 seed, will unluckily have to play his opener against last week’s China Open Champion Srikanth Kidambi, in a clash between the winners of the last two Superseries stops.

Guaranteed to be in the final showdown in Dubai, All England champions Tontowi Ahmad and Liliyana Natsir use this week to try out new partnerships to pass on some precious match experience to their teammates. The two will play alongside Debby Susanto and Praveen Jordan respectively. 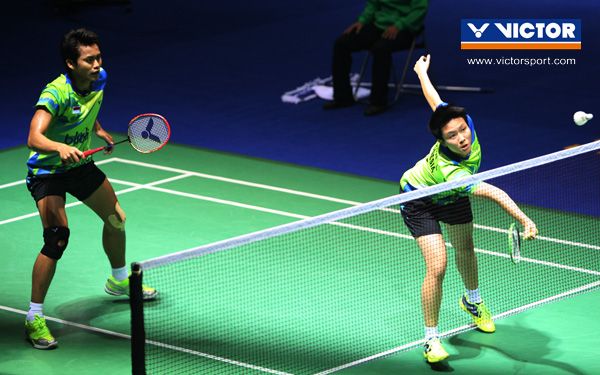