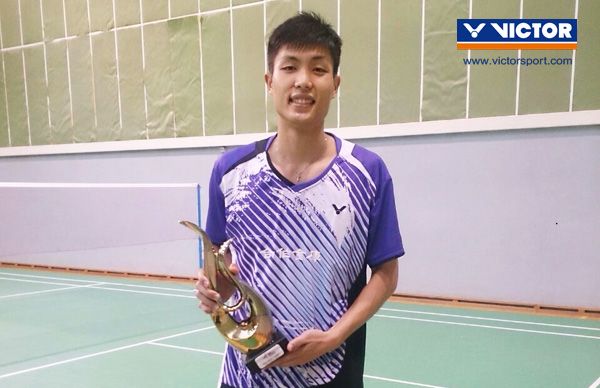 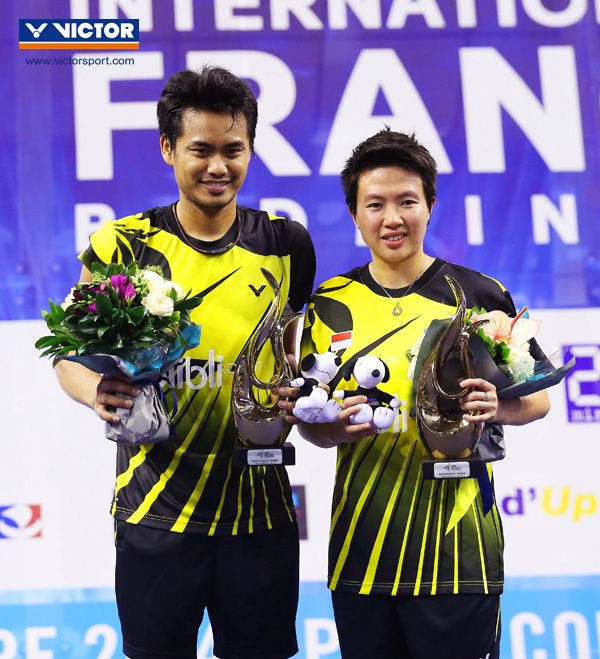 With his historic win of the men’s singles crown, Chou becomes the 7th player from his home nation Chinese Taipei to win at Superseries level or above, but the first ever to taste the glory in the men’s singles.

Seventh seeds and former World No.1 women’s doubles pair Yu Yang and Wang Xiaoli demonstrated their shot-positioning prowess to ease past compatriot Ma Jin/Tang Yuanting in a finals rematch of the All England Open. They’ve only competed in five tournaments together so far this year and this is their third triumph already, and second in a row after winning in Odense last week.

Down a game and 18-20, Chou Tien Chen saved two match points from his final rival Wang Zhengming – against whom he had a 0-2 record – and converted on his fourth game point to push a decider. The momentum continued as he established a nice cushion with 18-13, before Wang stormed back to 18-all. However, it was almost like it was destined to be Chou’s moment. Stepping up big time in front of cheering crowds, Chou secured three of the last four points, widened his eyes, and stared in disbelief as he sealed the victory 10-21 25-23 21-19, which is projected to send him to the top 10 when the new rankings release. 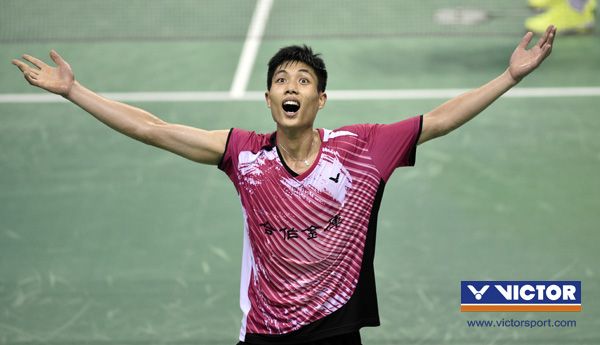 Chou Tien Chen stared in disbelief into the stands after match point. © Badmintonphoto

Equipped with VICTOR MX-90 to match his fast-paced all-around game, Chou earned his biggest career title to date by grinding out some marathon wins. His four of the five wins were taken to a deciding game, with the final three matches all lasting over an hour when Chou had to come back from a game down. “I just feel like I need a bed right now,” said an ecstatic but physically drained Chou after the final.