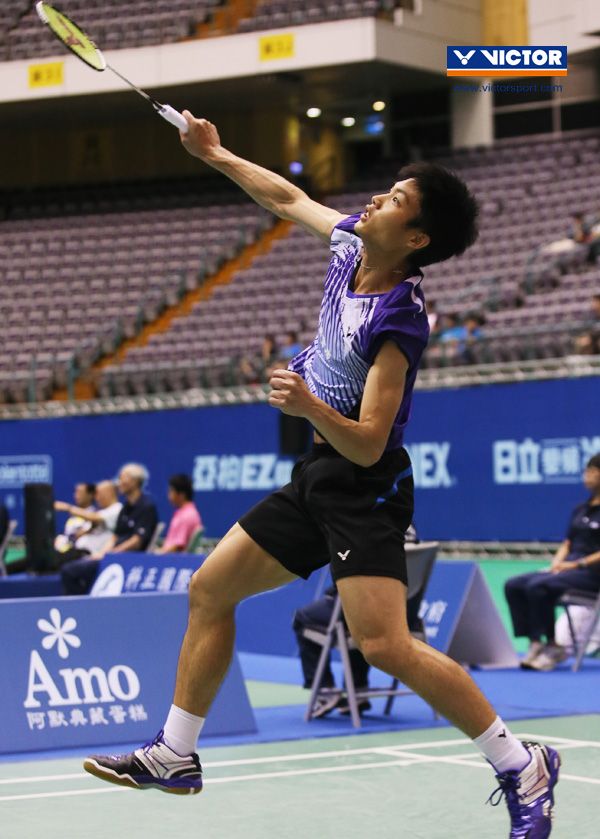 Chou is looking to win his first Superseries title. First up against Danish No.1 O Jorgensen.
Sitting at a career high of No.12 in the world, Taiwanese youngster Chou Tien Chen will be looking for his first Superseries title. Something about Europe brings out the best in Chou as his two Tour victories both came at the Bitburger Open Grand Prix Gold in Germany. He also just recently equaled Taiwanese record at the World Championships held in Denmark in August with a quarterfinal showing, beating World No.3 Jan O Jorgensen en route. And interestingly, these two will meet again in the first round at this week’s French Open.

Women’s singles No.1 and Olympic Champion Li Xuerui has made it to the finals in every tournament she’s played this year. With just three Superseries stops and the season-end Finals remaining on the calendar, she could become the first singles player ever to reach the finals in all tournaments in a season.

Third seeds and 2014 All England Open champions Tontowi Ahmad and Liliyana Natsir will potentially have to face second seeds and last week’s Denmark Open winners Xu Chen/Ma Jin for the third straight event. Ahmad/Natsir won their semifinal encounter in the Asian Games, while Xu/Ma got the better in the Denmark finale.