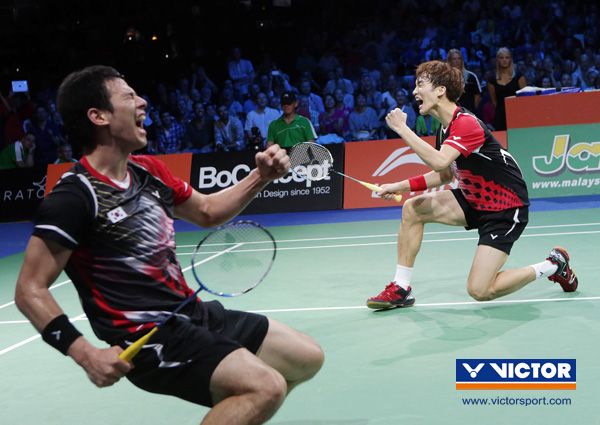 Former World No.1 teammates Lee Yong Dae and Ko Sung Hyun faced off against each other in the men’s doubles final. Four of the five final matches lasted over an hour. Here’s the final results: 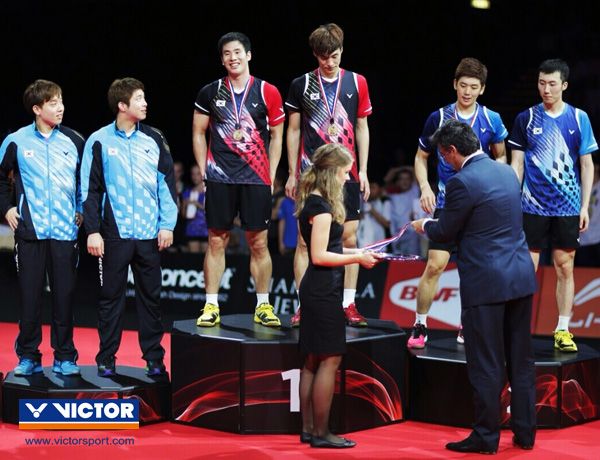 Three Korean teams made it to the last four of the men's doubles.

The number of match points Lee Yong Dae and Yoo Yeon Seong needed in their nail-biting semifinals defeat of local hope, Denmark’s Mathias Boe and Carsten Mogensen, who were once a No.1 team as well. Lee and Yoo led by 21-12 and 20-14 only to see the Danes fought back to 20-18. They finally closed out the gate the next point when Boe/Mogensen’s attack sailed just long, but had to wait another 30 seconds after a failed “challenge” from the no.3 seeds. 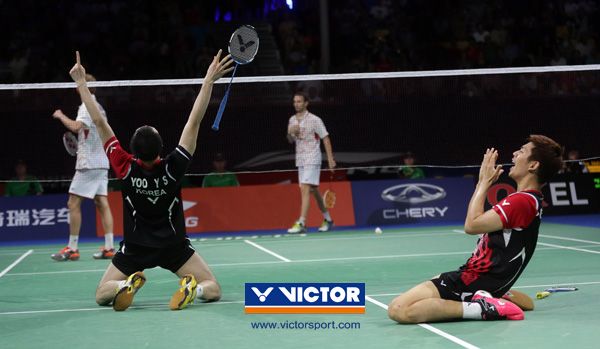 VICTOR player, 20-year-old Indonesian Anggia Shitta Awanda and Della Destiara Haris sent shockwaves to the women’s doubles draw by beating the World No.1 team and the hot favorite Bao Yixin/Tang Jinhua, 21-14 21-18, in the second round with formidable attack and defense combinations. Their dream run ended in the quarterfinals by eventual winners Tian Qing/Zhao Yunlei. Zhao made it double as she did at the 2012 London Olympics as she won also in the mixed with Zhang Nan.

Former No.1, Ko Sung Hyun teamed up with Shin Baek Choel and surprised his No.1 partner back then, Lee Yong Dae, with a lively performance of consistent intensity. Although the current World No.1s, Lee and Yoo Yeon Seong, appeared to aim at the less experienced Shin, equipped with a powerful VICTOR TK-9000, Shin stayed tenacious for a match of his life, by the scores of nerve-wracking 22-20 21-23 21-18.

Yoo (front) and Lee moved to the men's doubles World No.1 two weeks ago. It is a third time Lee reaches the top with a third different partner. © Badmintonphoto

VICTOR Fashion Guide, What to Wear This Badminton Season