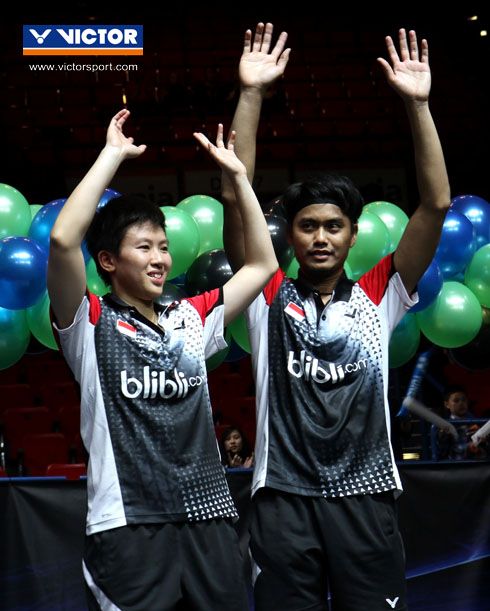 Liliyana Natsir (left) looks to winning her second Indonesia Open title.
After two months of break, Indonesian three-time world champion Liliyana Natsir will be back in action in her home event, alongside mixed doubles partner Tontowi Ahmad. Her last home glory was in 2005, when she picked up the victory with her other world-champ-winning teammate Nova Widianto. However, Natsir and Ahmad will have to encounter last week’s Japan Open runner-up, German Michael Fuchs and Birgit Michels in the opening battle.

Another local hero is team Mohammad Ahsan/Hendra Setiawan. The world’s top-ranked men’s doubles pairing who will look to defend their title from last year. Their notable rivals, Lee Yong Dae and Yoo Yeon Seong of Korea, who have just recently snapped the victory from them on Sunday’s Japan Open finale, sit in the other half of the draw. 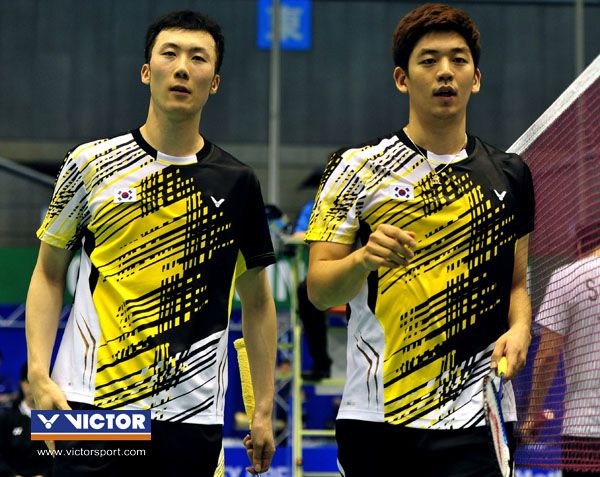 Yoo (left) and Lee came out firing in their first Superseries event back in almost five months and nabbed the victory last week in Tokyo.

Lee Yong Dae takes another chance to become the first player in the tournament history, since it was promoted to the Superseries status, to take the crown in men’s doubles with different partners. He’s won the 2009 and 2012 editions with Jung Jae Sung and almost made it when he played in the finals with Ko Sung Hyun in 2013. Setiawan got close the achievement as well when he won the title the second time last year with Ahsan after the success he had with Markis Kido in 2005, however, the Superseries system was not yet introduced. 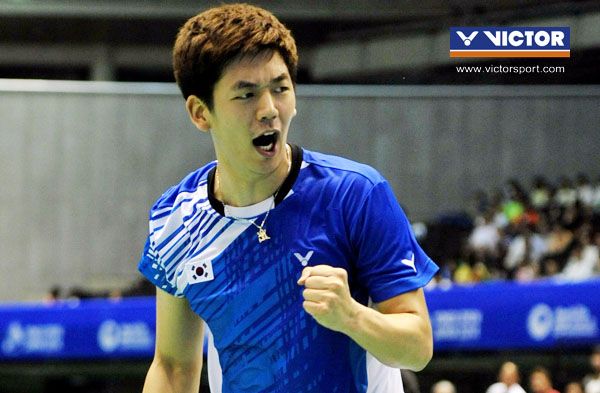 Korean star Lee Yong Dae has made three final appearances in Jakarta, winning two of them.

Taiwan’s best-ranked player (world no.21), Chou Tien Chen, will be seeking revenge over French no.1 Brice Leverdez in the first-round match-up. At 28 years of age, the Europe-based counter-attacker is having one of his best years, winning the Polish Open and taking France to the quarters of the Thomas Cup, with a win over Chou en route, which propelled him to just a few spots away from his career best 27 in the rankings.

Chou could play the winner of former champs Lee Chong Wei and Sony Dwi Kuncoro in her second match.

The best was brought out of the local men in Jakarta. Since the tournament got its Superseries status in 2007, five out of the seven titles were won by Malaysian legend Lee Chong Wei. The other two former winners were home representatives Simon Santoso and Sony Dwi Kuncoro.
( Edit by VICTOR Badminton )