Semifinal Line-ups were set at the VICTOR China Open on Friday. Yu Yang／Wang Xiaoli and Tontowi Ahamd／Liliyana Natsir will try to hold the flag for the World Champions in the women’s and mixed doubles divisions, as Ratchanok Intanon, who was seeded second this week, fell to seventh seed Wang Shixian. 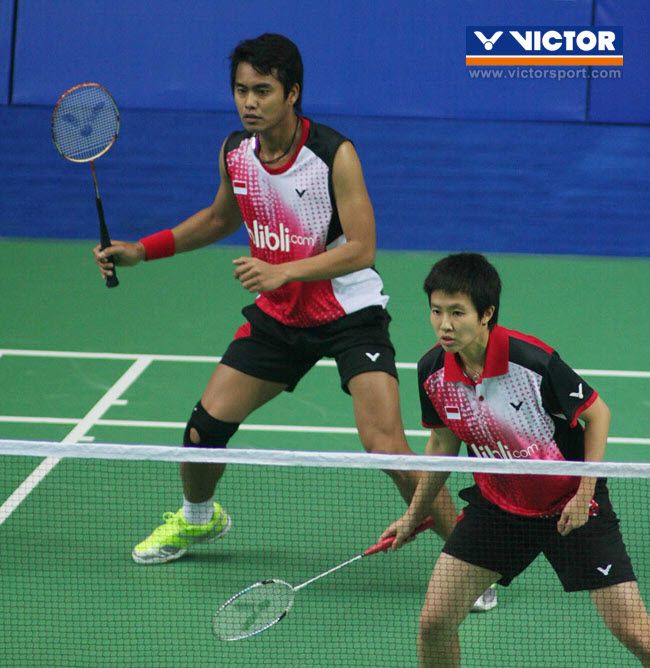 Tontowi Ahamd／Liliyana Natsir
World Champs and defending winners Yu Yang and Wang Xiao Li demolished Chinese Taipei’s Cheng Wen Hsing and Hsieh Pei Chen 21-5 21-6 in an eighteen-minutes gallop. The Chinese pair has only lost twice this entire season and will look to add the seventh title of 2013 to their tally on Sunday.
Waiting for them in the semis will be Olympic Champions Tian Qing and Zhao Yunlei. The other half of the women’s doubles pits Bao Yixin and Zhong Qianxin against Duanganong Aroonkesorn and Kunchala Voravichitchaikul of Thailand, who received a walkover from third seeds Ma Jin／Tang Jinhua.
Zhao Yunlei, who’s in the number one team of the mixed doubles with Zhang Nan, booked another semifinal spot with a conquer over British couple Chris Adcock／Gabrielle White 21-13, 21-11. Equal dominance came from world champions Tontowi Ahmad and Liliyana Natsir. The Indonesians outsmarted Anders Kristiansen and Julie Houmann of Danemark by 21-15 21-15 in 32 minutes. 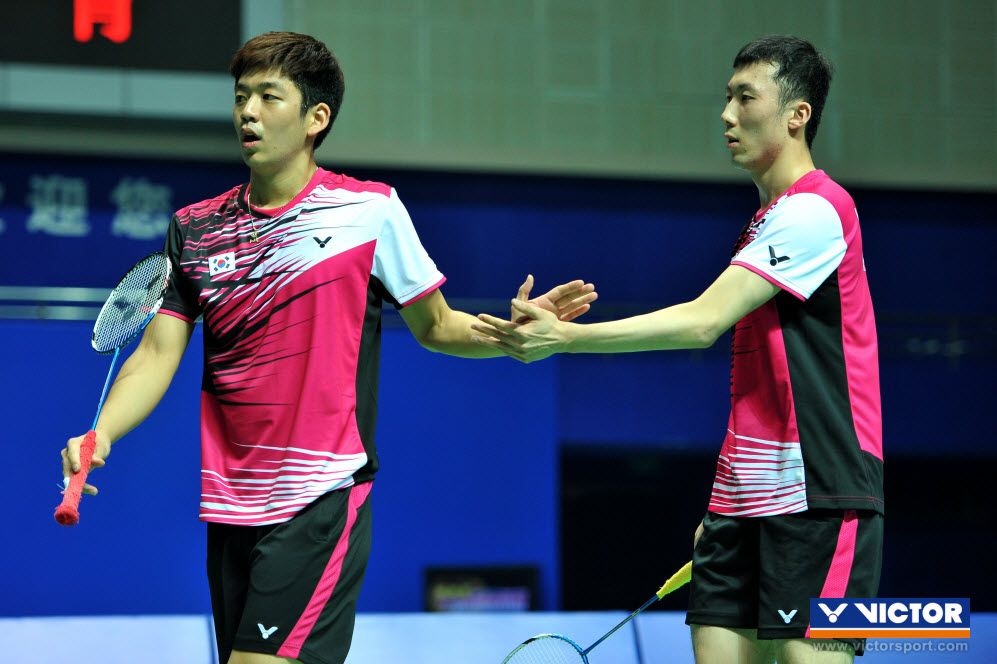 Lee Yong Dae／Yoo Yeon Seong
The unseeded Lee Yong Dae and Yoo Yeon Seong toughed out compatriots Kim Ki Jung and Kim Sa Rang in a rematch of Badminton Asia Championships finals, 17-21 21-14 21-11, who will face the third seeded Hiroyuki Endo and Kenichi Hayakawa in their next challenge. The men’s doubles features the sole event with semifinalists representing all four different nations, as Malaysia’s Hoon How Thien／Kiong Tan Wee and China’s Cai Yun／Chai Baio will be vying for the other finals ticket.
In the women’s singles, world champions Ratchanok Intanon still couldn’t seem to detect the game of Wang Shixian in the quarterfinals and allowed Wang to play to the strengths to take away the victory. The 24-22 21-10 result was an impressive sixth success out of the two’s seven career meetings.
( Edit by VICTOR Badminton )