The Korean held three game points in the second game before Wang reeled off five straight points to seal the match 21-19, 22-20. Despite the loss, Bae’s second semis showdown in a major after the World Championships in August should put her closer back to her career best of No.5 in the world. 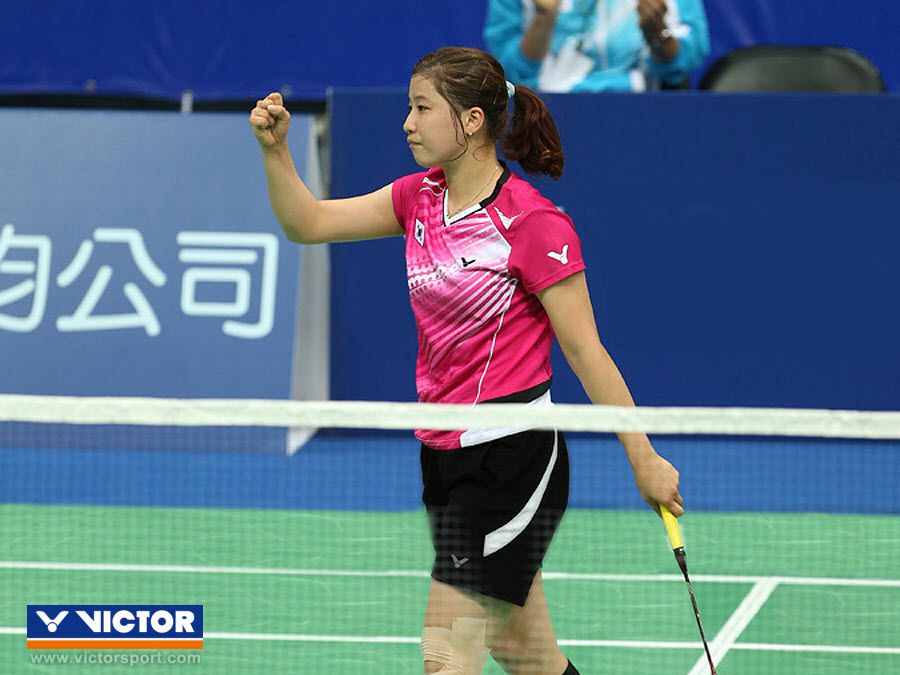 Bae Yeon Ju On Her Way Back to the Top 5
Wang went on to claim her second title of the year, beating Porntip Buranaprasertsuk of Thailand in the final 21-18, 21-18.
Jang Ye Na and Kim So Young, Summer Universiade gold medalists in Women’s Doubles, pulled off one of a shocking number of upsets in this event as they powered through last week’s Denmark Open winners, World No.2 Christinna Pedersen／Kamilla Rytter Juhl, in an intense 21-19, 25-23 battle.
Among the big name casualties along with the Danes were World Champions Tontowi Ahmad／Liliyana Natsir, who couldn’t string their good shots together and bundled out in the quarters by the newly-married couple Chris Adcock／Gabrielle White. The Brits were the only team to take a game off the eventual winner, Zhang Nan／Zhao Yunlei, in the next round.
World Champions Yu Yang／Wang Xiaoli (who hadn’t lost a match to a non-Chinese pair since the start of 2012 season), and Ratchanok Intanon were upset as early in the week as well.
Jang and Kim’s run came to an end in the semis by Olympic champions Tian Qing and Zhao Yunlei.
Men’s Doubles saw the recent Denmark Open winners, Korean Lee Yong Dae and Yoo Yeon Seong, sent crashing against Malaysian underdogs Thien How Hoon and Wee Kiong Tan in the quarterfinals. Lee Yong Dae and Yoo Yeon Seong, who won in their debut tournament last week, came uninspired throughout and had to end their winning streak at seven in just 33 minutes after a 13-21, 10-21 defeat.
( Edit by VICTOR Badminton )

VICTOR Becomes the New Title Sponsor of the 2013 China Open