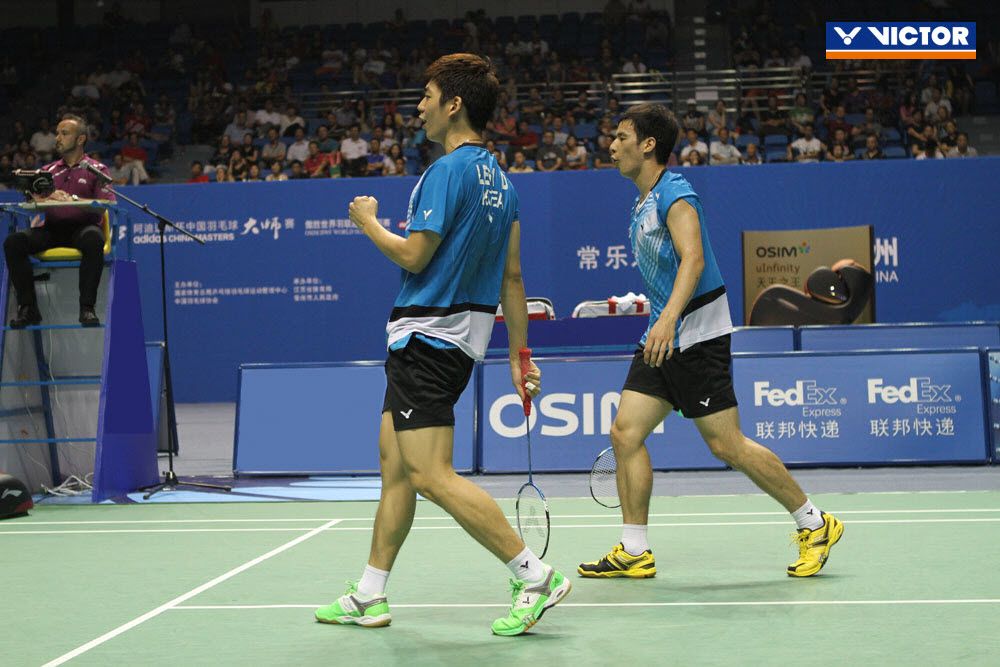 Lee Yong Dae／Ko Sung Hyun
The top seeded pair in the men’s doubles at the China Masters, Lee/Ko have shown this week just why they are ranked No.1 in the world. At the China Masters, they won their first two matches by a wide margin, losing an average of only 10 points per game. They then beat one of Japan’s top pairs Takeshi Kamuru/Keigo Sonoda in the quarterfinals and, in the semifinals, dealt with their mortal enemies, China’s Liu/Qiu.
In the first game of the final, Lee/Koo faced tough resistance from Japan’s Hiroyuki Endo/ Kenichi Hayakawa. They had a 19-12 lead and had a match point at 20-18, but the Japanese pair fought back and came level. Despite the close call, Lee/Ko were still able to take the game 25:23. In the second game, the ROK pair played more steadily and led throughout, taking the game 21:19 to take the title. 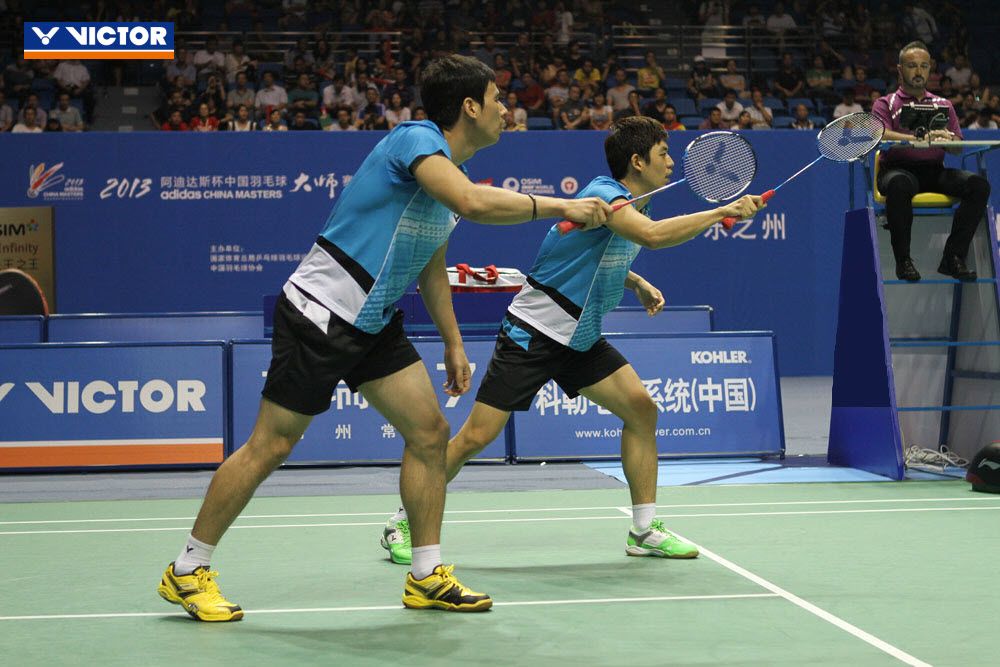 Ko Sung Hyun／Lee Yong Dae
This is the second Super Series title that Lee/Ko have won after taking the title at the VICTOR Korean Open early this year.

The ROK’s Shon Wan Ho couldn’t overcome China’s Wang Zheng Ming, the final hurdle between him and the title, and had to settle for his first Super Series second place of the year.
After taking the title at the Chinese Taipei Open last week, Shon Wan Ho reached the final of the China Masters as well. This was the first time he had made it to a Super Series tournament final in the past year. He faced one of China’s top men’s singles players, Wang Zheng Ming. Shon took the first game easily 21:11, and led the second 9:4 at one point, but Wang came back to take the second game 21:14 to level the score and take the match to a deciding third game.
In the deciding game it was give and take. Shon actually had the first match point  but Wang stood tall under the intense pressure and was able to come back to win the game 24:22 and take the match, bringing an end Shon’s impression run of wins over the last two weeks.
There was another China- ROK battle in the final of the mixed doubles. Zhang Nan/Zhao Yun Lei, gold medalists at the London Olympics, were up against the ROK team captain Yoo Yeon Seong and his partner Eom Hye Won. Zhang/Zhao dominated the match, taking victory with relative ease 21:18, 21:12.