VICTOR stars set to go all out to claim the title “world champion.”

The World Badminton Championships 2013 will kick off on August 5 in Guangzhou, China. At last year’s London Olympics, China recorded a clean-sweep of all five disciplines, however, this year the situation is a bit different, especially with regards to the men’s and women’s doubles and mixed doubles; the ROK, Indonesia, Japan, and even Taiwan, have sent pairs who have a good chance of claiming titles to take part, meaning that we can look forward to some exciting close-fought matches! 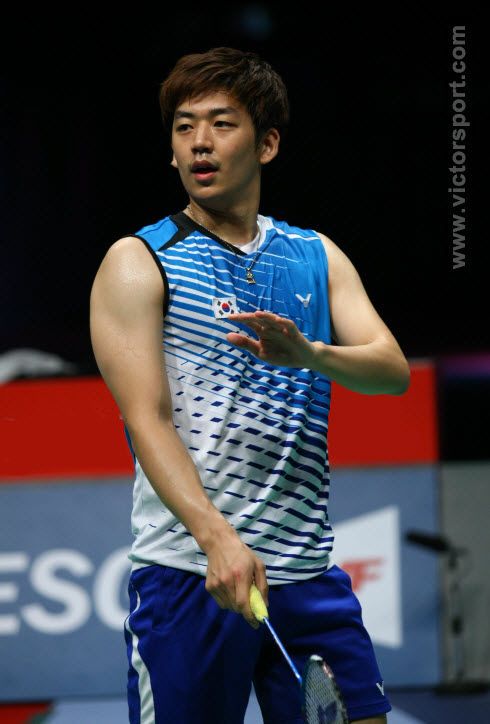 All the matches are bound to be hotly-contested in the men’s doubles. The top seeds, the ROK’s Ko Sung Hyun/Lee Yong Dae, will probably meet the pair who have been their mortal enemies this year, Setiawan/Ahsan of Indonesia, in the quarter-finals! In international tournaments this year, Ko/Lee have reached the final eight times, their high-level and consistent performance the reasons they are firmly in place as the top-ranked pair in the world. We hope the pair can keep up the excellent performances and can get revenge on the Indonesian pair who were their nemesis at the Singapore and Indonesia Super Series tournaments this year!
Two other ROK pairs, Yoo Yeon Seong/ Shin Baek Choel and Kim Ki Jung/Kim Sa Rang are in the same group, and the winners will play the “Diamond pair,” Koo Kien Keat/ Tan Boon Heong of Malaysia, with a ticket for the semi-finals up for grabs. It is rumored that if Koo/Tan don’t make it to the final this time they will go their separate ways.
Lee Sheng Mu/Tsai Chia Hsin, the highest-ranked Chinese Taipei players, are 13th seed. The pair have first-rate ability but have been unlucky with the draw and must overcome Lee/Ko, Setiawan/Ahsan and other formidable pairs to get to the semi-final; another Chinese Taipei pair, Cheng Hung Lin/Lu Chia Pin, will face China’s Hong Wei/Shen Ye.

“Indonesian lightning” Liliyana Natsir/Tontowi Ahmad have taken the title three times in the four Premier series tournaments they have played this year, including the All-England Open. In an exclusive interview with VICTOR, Ahmad said that winning the All-England was not enough to satisfy them and has made them even more keen to be named world champion at the World Badminton Championships 2013. Natsir raised the mixed doubles trophy with Nova Widianto at the World Badminton Championships in 2007 and is strongly fancied to take her second world title with Ahmad this time.
In the mixed doubles, Chinese Taipei’s Chen Hung Lin/Cheng Wen Hsing aren’t seeded but have been quite lucky in the draw. If they play to their potential, they could reach the last eight. The pair are regarded as the Chinese Taipei player/pair most likely to win a medal.
Which players do you support? For exciting tournament news, keep a close eye on the official VICTOR website www.victorsport.com or join the VICTOR global fan page, cheering on your favorite players with other fans!
( Edit by VICTOR Badminton )