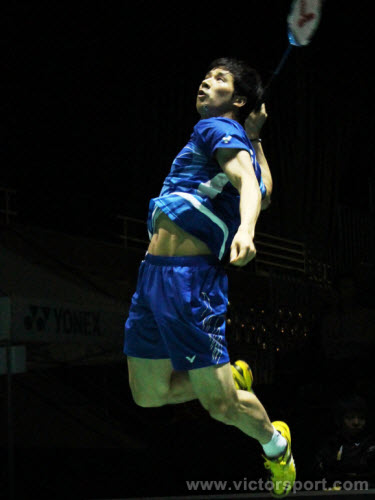 Ko Sung Hyun
Lee/Ko showed that they are determined to come back from their recent surprise early-exit at the All-England by winning the title at the Swiss Open, beating CHOPRA/DEWALKAR 21-14,21-12; they will play Malaysia’s GOH V Shem/LIM Khim Wah in the next round.  At the last two tournaments, the German Open and All-England, the pair’s form has been erratic and they have failed to take the title; this time, the world-class pair is more determined than any other pair to take the title home, for glory and also to boost their self-confidence.
South Korea’s four women’s doubles pairs all went through after last night matches. Unfortunately, they will all face compatriots in the quarter-finals. Lee So Hee/ Shin Seung Chan will play older pair Eom Hye Wo/Jang Ye Na, while the pair with the highest world ranking, Kim Ha Neul/Jung Kyung Eun, will play the younger pair Kim So Young/Choi Hye Youn. In the women’s singles, Bae Youn Joo went through after a hard fight against Hong Kong’s Chan Tsz Ka and will face one of China’s top singles players, Wang Shi Xian, in the next round. 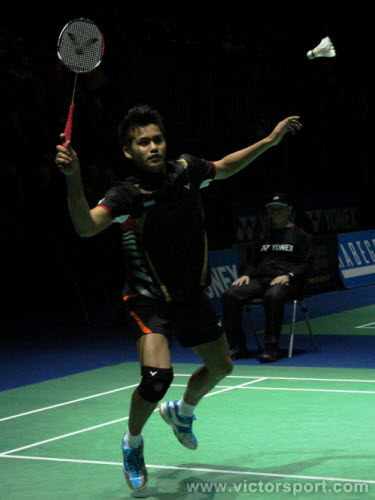 Tontowi AHMAD
Indonesia’s mixed doubles pair AHMAD/NATSIR showed why they won the title at the All-England. Facing a markedly weaker Dutch pair, they needed just 23 minutes to deal with their opponents and will play Eom Hye Wo/Jang Ye Na in the quarter-finals.
India’s Saina Nehwal beat her Bulgarian opponent by a mile last night and will have a tougher test against Chinese Taipei’s Tai Tzu Ying in the next round. Nehwal leads Tai four wins to two in games played against Tai in their careers so far but Nehwal has ended up on the losing side in her last two matches against Tai. If she wants to win Nehwal must come up with new strategy to neutralize the threat she faces from Tai.
Wearing their red team uniform, Chinese Taipei players did well last night, with three pairs/singles players going through to the next round. Tsai Chia Hsin/Lee Sheng Mu beat their Indonesian opponents in straight games. This impressive show gave impetus to the Chinese Taipei players that followed and Tai Tzu Ying and Chou Tien Chen were able to make it through after hard fought three game matches.
The Swiss Open 2013 has reached the quarter-final stage. Want to find out which badminton stars play brilliantly? Who will go to the next round? For more exciting tournament news keep a close eye on the official VICTOR website: www.victorsport.com