Lee Chong Wei began the All-England Open Badminton Championships out of sorts but he was back to his normal high standard in his last 16 match, disposing of China’s Wang Zheng Ming in straight games. 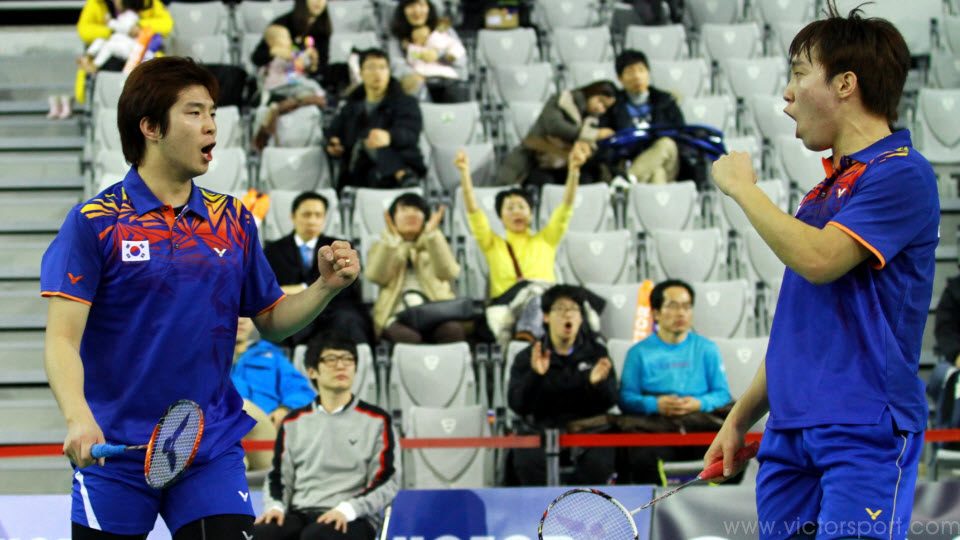 KIM Ki Jung／KIM Sa Rang
The men’s doubles has really taken a surprising turn. Top seeds, Denmark’s Boe/Mogensen, went down to China’s Liu Xiao Long/Qiu Zi Han 21-11, 11-21, 25-27 and second seeds Tan Boon Heong/Koo Kien Keat went out at the hands of Thailand’s Maneepong Jongjit/Bodin Issara. With Ko Sung Hyun/Lee Yong Dae out in the first round, the top three seeds have been unable to make the last eight this year.
South Korea’s women’s doubles pair Jung Kyung Eun/Kim Ha Neul showed their mettle in a close fought match against Hong Kong’s Poon Lok Yan/ Tse Ying Suet, going through 22-20,21-19, and will meet China’s Yu Yang/Wang Xiao Li again in the next round after meeting them in the Korean Super Series Premier earlier this year. Both pairs were disqualified for not trying when they faced each other at the London Olympics. 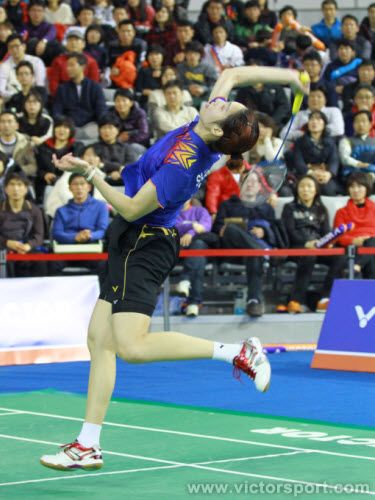 Sung Ji Hyun
The top women’s singles seeds all played well, India’s Saina Nehwal, China’s Wang Shi Xian, Denmark’s Tine Baun and Thailand’s Inthanon Ratchanok all going through. South Korea’s top women’s singles player Sung Ji Hyun played brilliantly as she knocked out Chinese Taipei’s dark horse Pai Hsiao Ma in straight games and will play Japan’s Hirose Eriko in the next round. Sung has not only beaten this opponent in their five previous meetings, she has won 22 of the 24 matches she has played against Japanese opponents since she began playing at the top level; calling her the nemesis of Japanese players is no exaggeration.
Chinese Taipei’s Chen Hung Lin/Lu Chia Bin were up against Polish opponents in their last 16 match. Against a pair of similar ability, Chen performed outstandingly both in terms of defense and organizing attacks and led his younger teammate to victory 20-22,23-21,21-18;the pair will play Thailand’s new men’s doubles pair Maneepong Jongjit/ Bodin Issara in the quarterfinals.
The All-England 2013 has now reached the quarter final stage. To see if Sung Ji Hyun can continue her winning streak against Japanese opponents and for other exciting tournament news, keep a close eye on the VICTOR official website at www.victorsport.com
( Edit by VICTOR Badminton )

All England：Day 3－All eyes on who will be women’s single queen at the All-England?