The BWF released the latest world ranking on January 3. From the “Top Ten Club” we can spot a few trends. In the men’s and women’s singles, China’s players occupy eight places, making China the most powerful country in terms of the singles disciplines.

As for the men’s doubles, various countries are fairly equally matched and there is fierce competition between pairs. Worthy of note is that South Korean pair Lee Yong Dae／Ko Sung Hyun are at present ranked 12 in the world. Since playing their first competition together in October last year they have played in five competitions and taken an impression haul of three titles and one second place.

In the women’s doubles, the three top ranked pairs are also from China, however, four pairs from Japan have forced their way into the top 10 and their potential cannot be overlooked; the situation in the mixed doubles is like that of the men’s doubles, with various countries quite evenly matched. 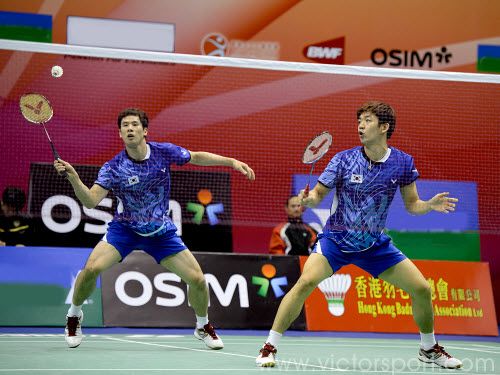 Many players pulled out of the Super Series Finals in December due to injury and the finals were no exception. In the women’s singles final, Wang Shixian pulled out of the match after suffering a suspected waist injury in the second game, handing the title to Li Xue Rui on a plate. In the mixed doubles, China’s Zhang Nan/Zhao Yun Lei lost once again to Danes Nielsen/Pedersen, going down 21:17, 12:21, 14:21, and having to settle for runners-up spot.

In the men’s doubles, although Japan’s Endo Hiroyuki/ Hayakawa Kenichi went down 17:21, 19:21 against formidable Danish pair Boe/Mogensen, they put up a stubborn fight and played really well, winning the applause of the crowd.

The final grand prix gold tournament of the year came to a close in India. In the six days of play the players who were the focus of the attention of fans were South Korea men’s doubles pair Lee Yong Dae／Ko Sung Hyun. They have both previously been top world men’s doubles players but with different partners. After the London Olympics the South Korea coaches made some adjustment to the men’s doubles pairings and Lee and Ko were placed together as a doubles partnership because of Lee’s outstanding returning ability and Ko’s powerful smashes.

At the India Grand Prix Gold, Lee Yong Dae／Ko Sung Hyun maintained a very high standard of play throughout and brushed aside their opponents Kang Ji Wook/ Lee Seung Joon in the final without much trouble 21:13, 21:19.

Another men’s pair that has good potential is Chinese Taipei’s Lee Sheng Mu／Tsai Chia Hsin. They have only played in three international tournament but have already claimed one title. They will play at the first super series premier event, the Victor Korea Open Super Series Premier 2013, and will face Olympic champions Cai Yun/Fu Hai Feng in the first round. 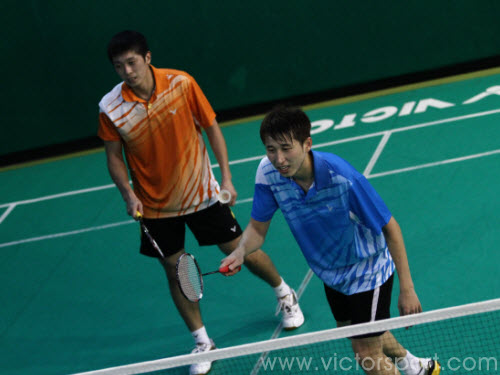 Chinese Taipei’s women’s singles player Tai Tzu Ying has reached her highest world record so far, moving up to 10th. She will play Thai player Inthanon Ratchanok, a player who is similar in age, ability and world ranking (9th,) in the first round at the Victor Korea Open Super Series Premier 2013. 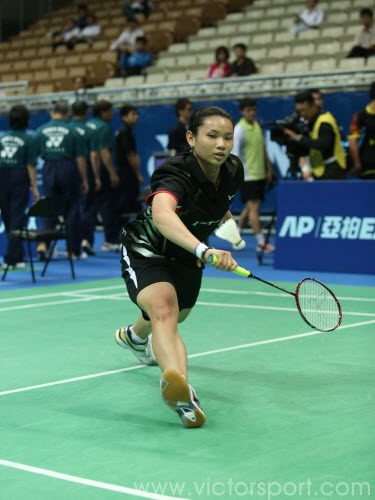