TONTOWI／LILIYANA take out their ROK opponents after a tough battle!

In their last eight matches of the Indian Open Super Series every player was trying their best to get through. Indonesia’s highly rated mixed doubles pair TONTOWI/ LILIYANA were up against the ROK’s Shin Baek Choel/ Jang Ye Na;the Indonesians came out on top after 40 minutes, taking the match 21-18, 21-16 to go through to the semi-finals. 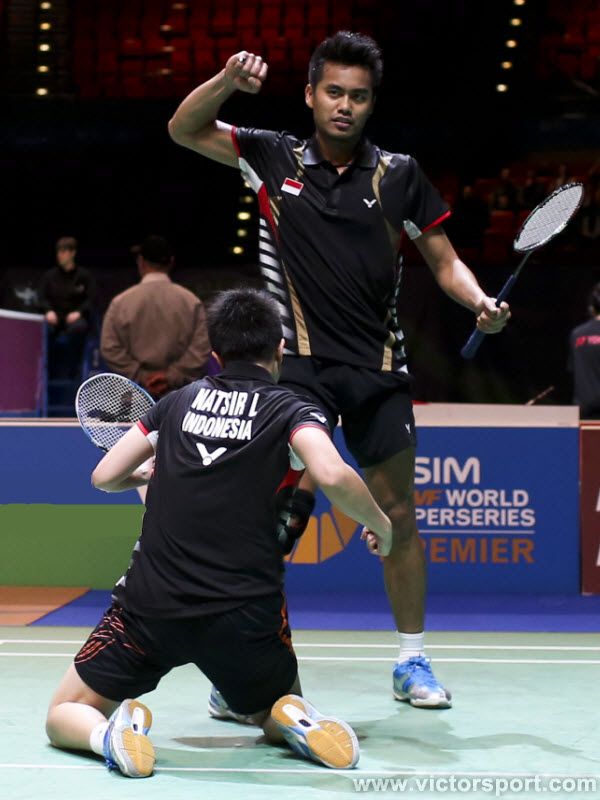 TONTOWI/ LILIYANA
In the last eight of the mixed doubles, TONTOWI/ LILIYANA went head to head against Shin Baek Choel/ Jang Ye Na. The Indonesians got off to a poor start and fell behind 7-1 but, after finding their rhythm, they clawed their way back point by point; LILIYANA played a succession of outstanding shots at the net that created attacking opportunities for her male partner, the pair’s attack moving between the front and back of the court seamlessly. TONTOWI/ LILIYANA followed their fight back through and took the first game 21-18. In the second game there was little between the pairs again, however, in the face of fierce attacking play from the Indonesians the crowd was treated to a show of Shin’s individual ability. Not only did he serve up some penetrating smashes, he amazingly also defended all over the court and managed to successfully play return shots several times when it seemed impossible. Unfortunately, TONTOWI/ LILIYANA are more experienced and played better on the day;they took the second game 21-16 to take the match and go through to the semis. 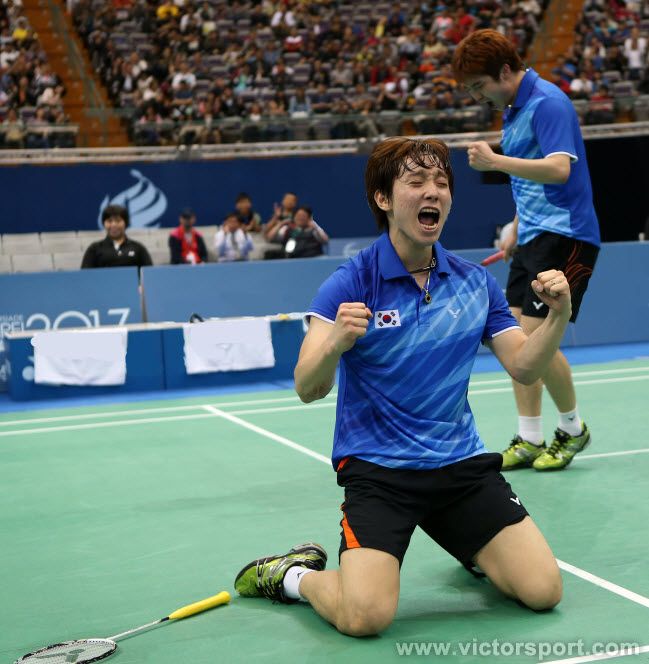 Kim Ki Jung/ Kim Sa Rang
In the most eagerly-anticipated men’s doubles quarter final match the ROK’s Kim Ki Jung/ Kim Sa Rang were up against Malaysia’s Tan Boon Heong/ Koo Kien Keat.Kim/Kim seem to have found the knack of beating their opponents and have beaten them in both their previous meetings. Tan/ Koo went into a 5-1 lead in the first but then Kim/Kim picked up the rhythm of the game and took control of the net, taking 11 points to their opponents’ one. The pairs continued to slug it out but Kim/Ki were able to use their speed advantage to good effect and, in the end, won the match 21-19, 21-14.
In other matches, the ROK’s new mixed doubles stars Ko Sung Hyun/ Kim Ha Na beat Indonesia’s Fran/ Shendy 19-21,21-19,21-12 to continue their march to the final
Top seeds in the men’s doubles Boe/Mogensen fell at the hands of China’s Liu Xiao Long/ Qiu Zi Han. The ROK’s Ko Sung Hyun/ Lee Yong Dae disposed of their Thai opponents in straight games and will play their younger teammates Kim Ki Jung/ Kim Sa Rang in the semi-finals.
Germany’s Schenke beat one of the ROK’s top women’s singles players, Bae Youn Joo, 21-17,21-13. Thailand’s young Ratchanok Intanon came from a game down to win her match and will play home favorite Sindhu P. V.in the next round.
The semi-final stage of the India Open Super Series 2013 has been reached. Want to know which one of the ROK men’s doubles pairs will triumph in their match? Will Ko Sung Hyun/Kim Ha Na play “Indonesian lightning” TONTOWI/LILIYANA in the final of the mixed doubles? For the latest tournament news, keep a close eye on the VICTOR official website at www.victorsport.com
The complete quarter-final results:http://www.victorsport.com/news_detail.html?id=2275
( Edit by VICTOR Badminton )