In the last 16 matches at the Indian Open Super Series 2013, helped by a fine win by Ko Sung Hyun/Kim Ha Na against No. 2 seeds NIELSEN／PEDERSEN in the mixed doubles, the ROK notched up seven wins out of eight matches, sending an impressively large contingent into the quarter finals. 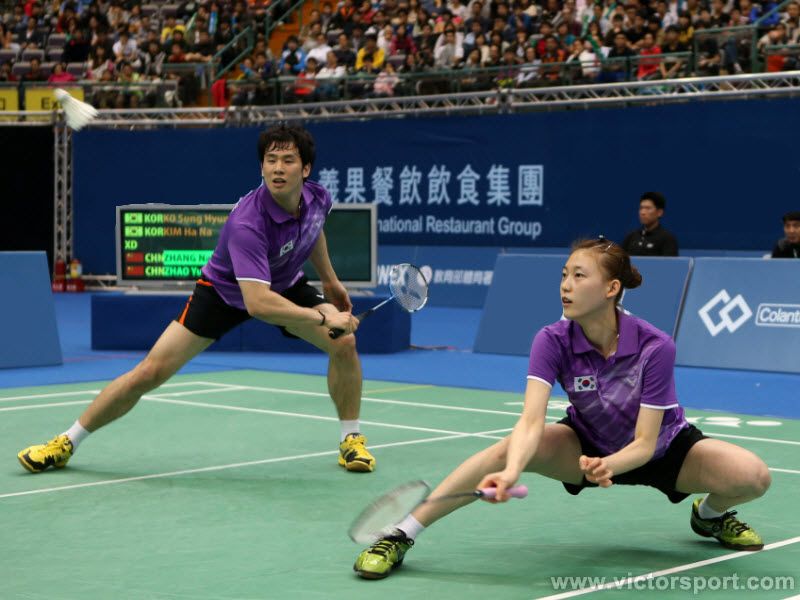 Ko Sung Hyun/Kim Ha Na look good and can play a bit too!
The ROK women’s singles player Bae Youn Joo has been in good form recently;she played India player RANE in the last 16 match and took the game without breaking much of a sweat 21-16, 21-19. In the next round she will play “the German tank” Juliane Schenk. In their eight previous meetings Bae has come out on top just once so will have to pull out all the stops and try to learn from her previous losses to find the German’s Achilles Heel if she wants to win the next clash between them
Up against a local pair well below them in terms of ability, Ko Sung Hyun/Lee Yong Dae had a fairly easy time in their men’s doubles match and won 21-17,21-12;they will face more of a challenge from JONGJIT/PUANGPUAPECH of Thailand in the next round.
In the women’s doubles Kim Ha Na/ Jung Kyung Eun were as tough and aggressive as in their first game. Up against a Russian pair, Kim/Jung mercilessly crushed them 21-8, 21-9 and will play teammates Jang Ye Na/ Kim So Young in the next round.
In the mixed doubles, recent winners at the Badminton Asian Championships, Ko Sung Hyun/Kim Ha Na, were up against No. 2 seeds NIELSEN/PEDERSEN of Denmark. Ko/Kim were regarded as underdogs before the match and the Danes went off to a lead in the first game, with the ROK pair close behind, however, the Ko/Kim caught up in the later part of the game and were able to take it 22-20. In the deciding second game, Ko/Kim were first to have match point but the Danes hung on and  saved two successive match points; however, Ko/Kim were still able to take the required points to win the deciding game 23-21. 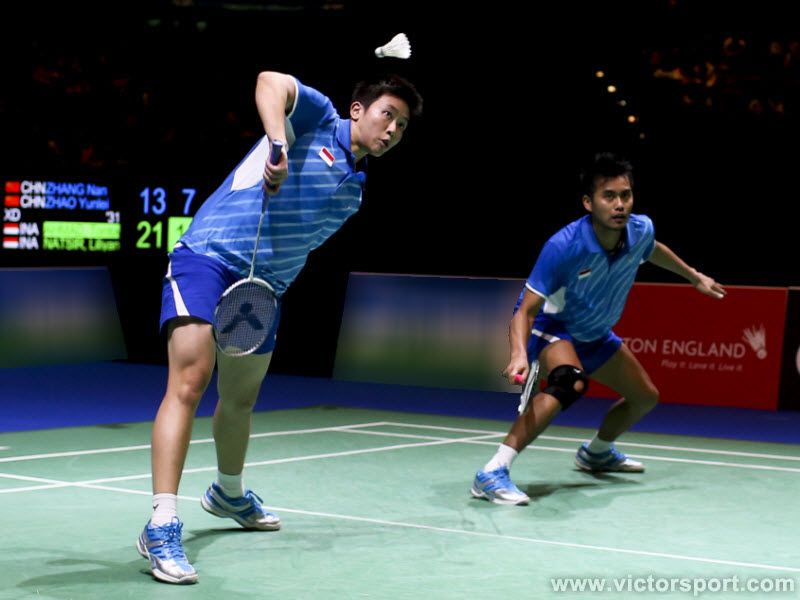 Much is expected of Indonesia mixed doubles pair TINTOWI／LILIYANA in this tournament
As No. 1 seeds in the Indian Open TINTOWI/LILIYANA overwhelmed their opponents to end their last mixed doubles 16 match in just 16 minutes; they will play the ROK’s Shin Baek Choel/Jang Ye Na next.
The All-England champions INTOWI/LILIYANA will play the German Open champions Shin Baek Choel/Jang Ye Na in the last eight in what is sure to be an exciting match! For the latest news keep an eye on the VICTOR official website at www.victorsport.com
( Edit by VICTOR Badminton )